How long is a piece of string?  There is no black and white answer to how many C-sections a woman can have.  Many people (incorrectly) think that a woman can only have three C-sections.  They worry that by having had one C-section their future family size is immediately restricted.   It is not so simple.  It’s not simple because every C-section is unique and every woman will heal differently.

There are cases of women having more than 10 C-sections while at the same time women who, after only two C-sections, are medically advised against having any more children as a result of complications or issues from previous pregnancies and C-sections.  There are also the cases in between such as where a woman will have one C-section and go on to have many normal deliveries or woman who have had three C-sections where no impediment has been put in their way to have further children. 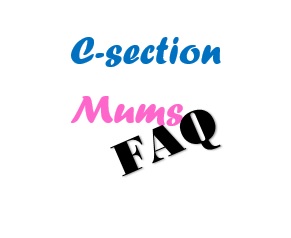 Having many C-sections causes scar tissue on the uterus and surrounding organs.  Each C-section can cause adhesions.   These adhesions can increase the risk of injury during repeat C-sections particularly to the bladder and bowel.

Other issues that can arise with multiple C-sections include placenta problems such as placenta accreta the risk of which increases the more C-sections that are performed.  Bleeding during pregnancy and during a C-section is also increased with increasing number of C-sections.  Such complications can be potentially very serious.

If you are wondering how many you, personally, can have your first port of call should be getting a copy of your medical notes and ideally discussing the details with the medical practitioner who carried out the surgery.  They are in the unique position of having seen your uterus, will know how the surgery went and how you recovered from it.

In my own case I have had three C-sections, thankfully with no complications.  During my six-week post-partum check up after my third birth my obstetrician discussed potential future pregnancies (I don’t plan any) and he noted that if I wanted another baby he would not have an issue with it but did advise of increasing risks specifically mentioning placenta accreta.

Do you have a question?  Just send it on to lucy@csectionmums.com