I found out I was pregnant in July 2008.  I had a miscarriage only a matter of weeks earlier and hadn’t even got my period back!  A scan (in the absence of a LMP) set my due date as St Patrick’s Day 2009 – 17th March.  Having had a whirlwind section on my first I wanted a normal delivery – to attempt a Vaginal Birth After Cesarean (VBAC).  My obstetrician was fully supportive.  I had my last antenatal appointment on 15th March and was set for another one on the 20th March before we would decide how to progress after that – induction was not recommended due to my previous section.

On 19th March my waters broke.  I was on my own with my then 2-year-old.  I called my mum and text my husband to let them know and called the hospital. They advised to make my way in for a check.  I organised myself and eventually headed in to meet my husband after work.  I was assessed and advised that my waters had indeed gone but I was not in labour as yet.  The doctor on duty called my obstetrician who asked that I be admitted.  I was brought to my bed and my husband had to leave me.   I tossed and turned all night but nothing major happened.  At 7am my obstetrician came to see me.  A fetal trace was done and an internal and barring a few minor contractions there was nothing happening and my cervix was tight shut! I was given the option of a repeat C-section that morning or wait it out and see what progressed during the day.  Given my VBAC wish I decided to wait it out but mindful that my waters had gone 14 hours previously and I could not wait indefinitely.  I reckoned another 12-24 hours would be fine.

I was brought to a private room and checked over by a midwife.  She checked baby position and reckoned he was posterior and told me I had a lot of work to do and got me a birth ball.  I spent the next number of hours bouncing on the ball and walking the corridors and stairs of the hospital.  I had a number of contractions but every time they seemed to kick off they stopped just as quickly.

By 6pm that evening my obs came to check on me.  No progress.  He gave me the option of waiting another 12-24 hours but his view was that nothing would change and with the waters gone we needed to pick a point where we agree to throw in the towel.  I was tired and emotional and without wanting to risk anything went off to theatre that evening where my son was born by repeat C-section.  The obstetrician commented that he was wedged in a very awkward position and I could have been days waiting on him to budge (and I can tell you that despite the spinal block the tugging and pressure I felt as he tried to pull him out was immense – my obstetrician was practically on top of me pulling him out!!).  I had sore ribs for weeks afterwards. 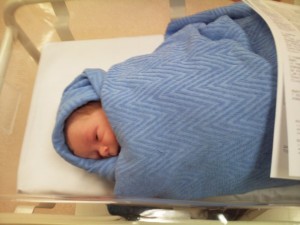 After it was all over I found it very hard to emotionally deal with the failed VBAC attempt.  I guess I felt like I threw in the towel too early – it wasn’t as if I was being forced into theatre – he was perfectly happy to wait it out with me another few hours.  It is my one regret about my son’s birth.  That said he is here, he is healthy and he is an amazing little boy – albeit at times wreaks the place!!

This story was shared by Lucy O’Connor, Founder of C-section Mums and owner and blogger at www.learnermama.com.  She has three children, all born by C-section and lives in North County Dublin, Ireland with her husband Niall.  She is currently on a career break from her role in Human Resources in the third level eduction sector. 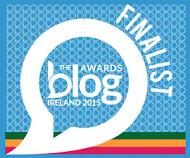